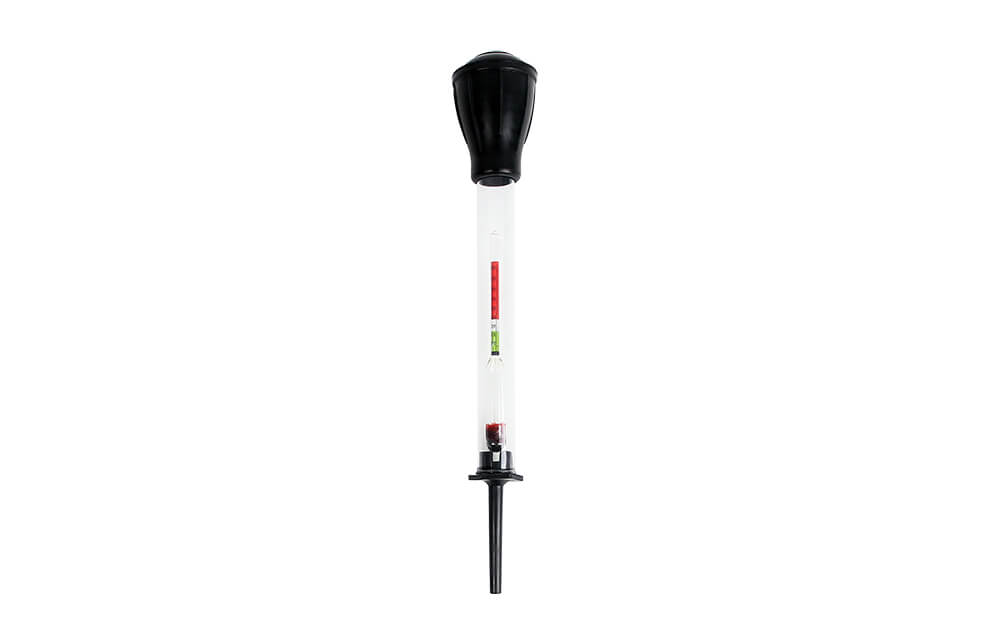 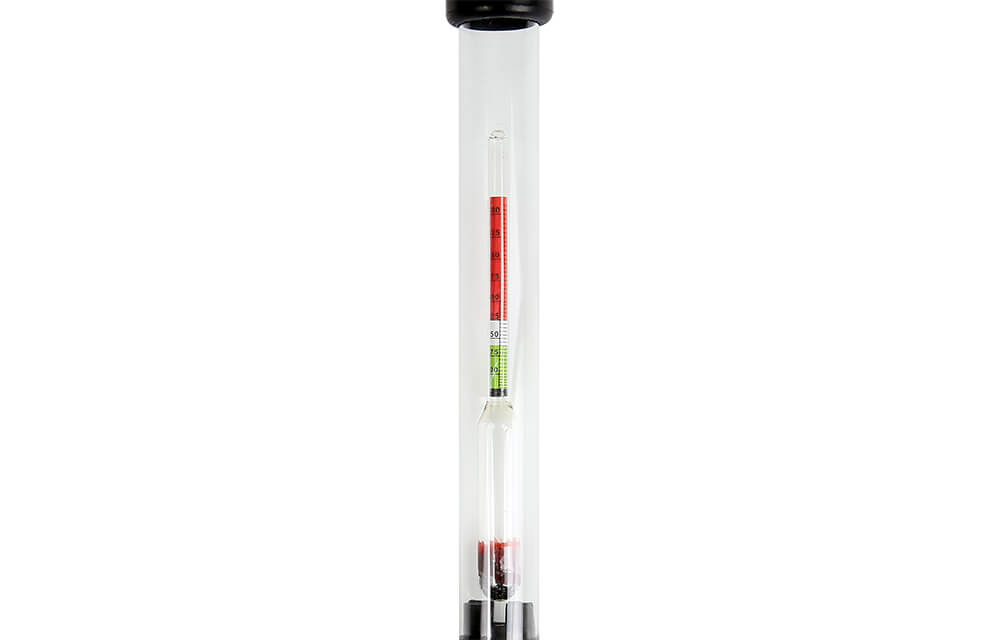 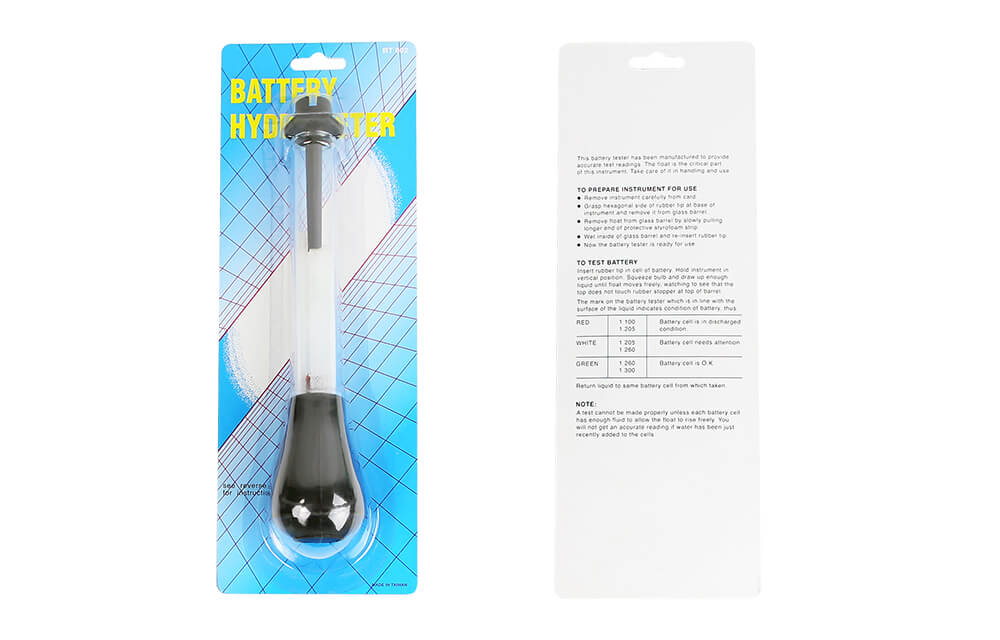 This Auto Tester BT-902 battery hydrometer (Battery Acid Tester) has been manufactured to provide accurate test readings. The float is the critical part of this instrument. Take care of it in handling and use. There are basically two types of tests, and choose the type you are going to run:

• The first type is one where you charge the battery to see if all cells accept a full charge.
• The second is where you allow the battery to become discharged and make your measurement at that point.  This allows you to see if one or two cells are discharging faster than the others.  This is a fairly good test to see if a cell has lost capacity.

A test cannot be made properly unless each battery cell has enough fluid to allow the float to rise freely. You will not get an accurate reading if water has been just recently added to the cells. 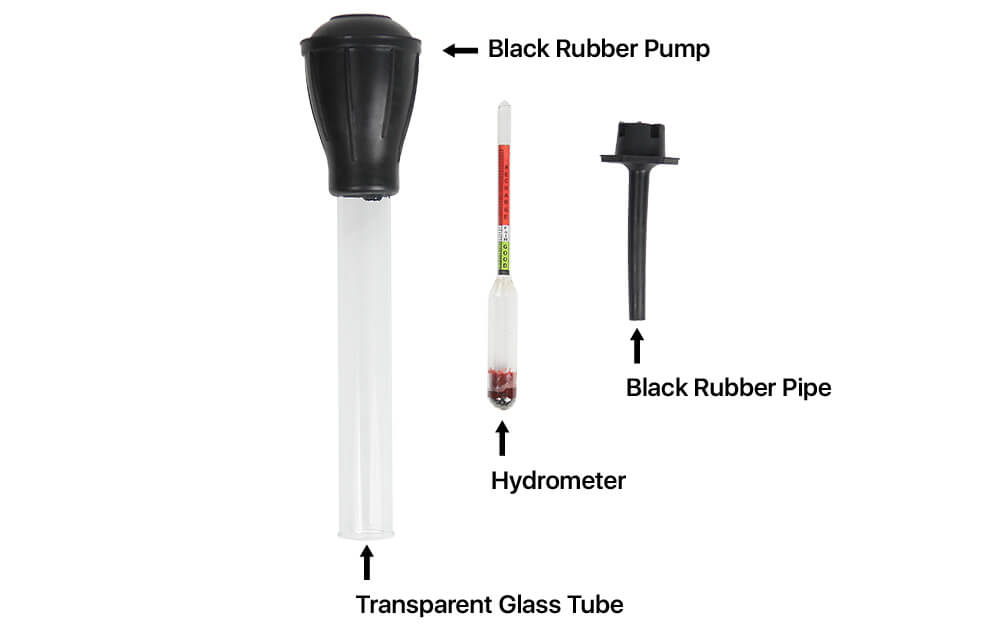 TO PREPARE INSTRUMENT FOR USE AUTO TESTER
• Remove instrument carefully from card.
• Grasp hexagonal side of rubber tip at base of instrument and remove it from glass barrel.
• Remove float from glass barrel by slowly pulling longer end of protective styrofoam strip.
• Wet inside of glass barrel and re-insert rubber tip.
• Now the battery tester is ready for use.
TO TEST BATTERY
• Use the protective measures for yourself first.
• Remove vent caps or covers from the battery cells.
• Insert rubber tip in cell of battery and hold instrument in vertical position.
• Squeeze bulb and draw up enough liquid until float moves freely, watching to see that the top does not touch rubber stopper at top of barrel.
• The mark on the battery tester which is in line with the surface of the liquid indicates condition of battery, thus:

• Return liquid to the same battery cell from which was taken. 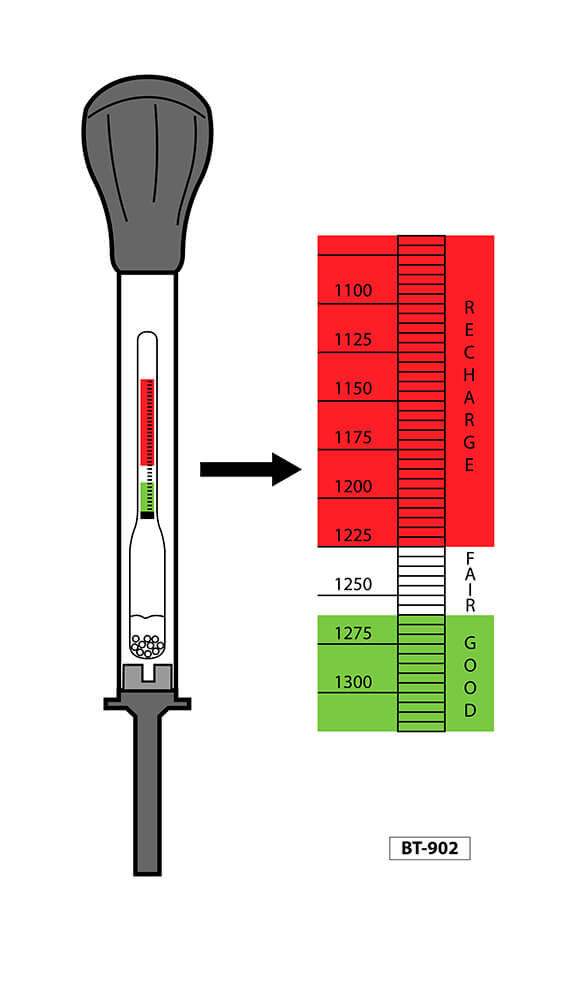 Thank you for your interest in this Three-In-One publication!